When you ask which class is the best, the answer depends on what your needs are. To help you figure this out, here is a diagram of all classes. 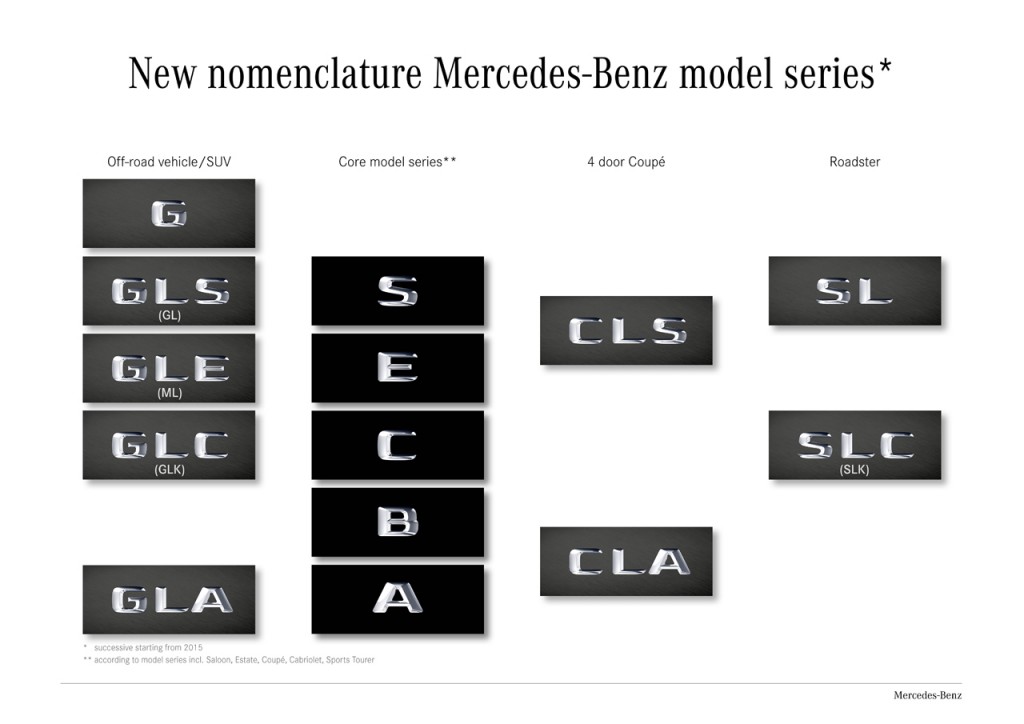 You’ll notice that some classes are familiar (the C-Class and S-Class sedans, for example) while some classes like the M-Class are missing, and others like the GL-Class appear different.

This is because Mercedes-Benz is changing its naming conventions. The sedans will remain largely the same. What will change most are the SUVs and alternative fuel names.

For example, the SUVs will now get a third letter on their names to show what sedan class they’re equivalent to. So a GLS-Class is the SUV equivalent of an S-Class sedan. Here’s the full listing:

As for alternative fuel, this means diesel, electric and hybrid electric powertrains. For example, diesel vehicles currently have “BlueTEC®” letters on their rears. The change will make this simpler. Instead of “BlueTEC®,” a single, lowercase “d” will be used. Here’s the breakdown:

So to figure out which class is the best you have to answer a few questions yourself: how many people do you want to accommodate? Do you want a sedan, SUV, or roadster? What kind of fuel source do you want? Hopefully this information will make it easier for you to work through those points.

On another note, if you’re in Durham and interested in used Mercedes-Benz, come by our showroom. 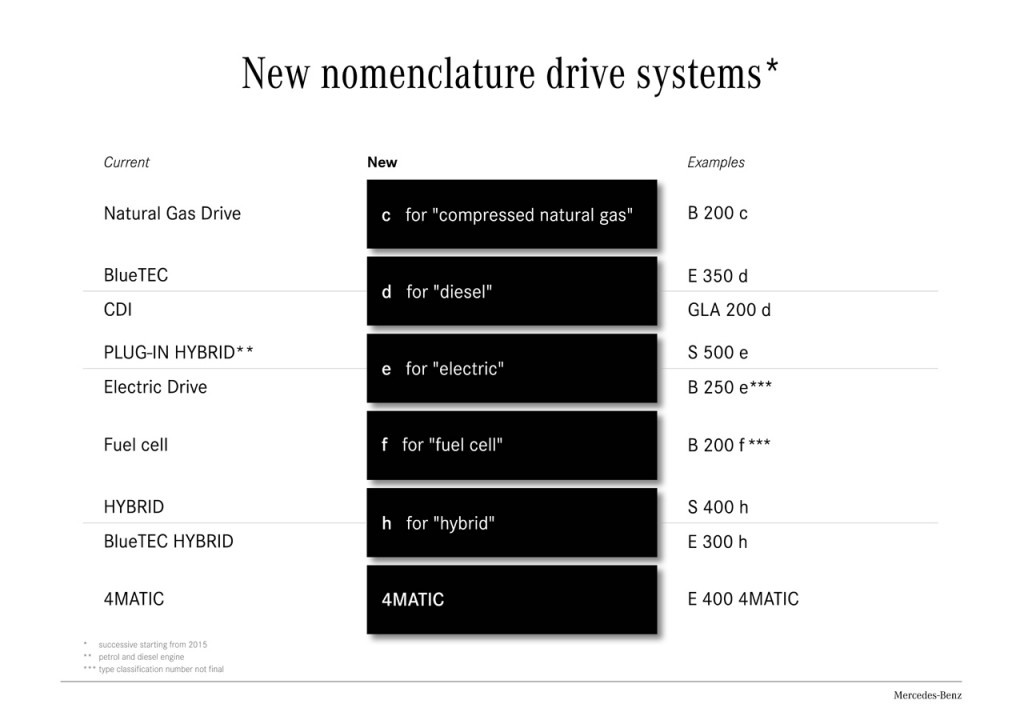