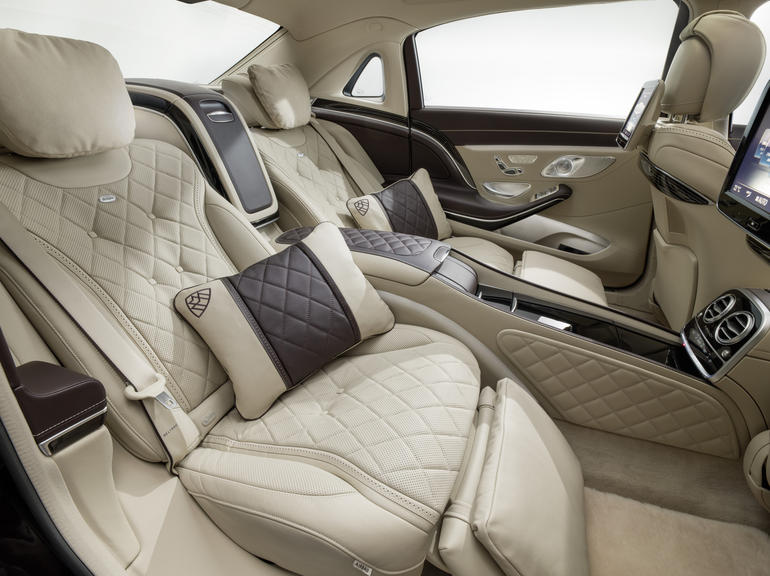 Mercedes-Benz reached out to two groups of consumers this week by reviving the Maybach name for the S600 sedan, and releasing a new pair of Mario Kart commercials to highlight the GLA-Class.

Maybach is Mercedes-Benz’ ultimate line of luxury vehicle that tops even the S-Class for opulence. The 2015 Mercedes-Maybach S600, which will appear in showrooms this spring, is about eight inches longer than the S-Class sedan. It will be powered by a 6.0-liter V12, steeped in advanced safety features, and quilted in so much soft leather that passengers would almost rather nap in it than drive it.

On the other end of the spectrum, Mercedes-Benz’ new crossover SUV, the GLA-Class, is diving into its immersive relationship with gaming company Nintendo. A pair of ads for Japanese audience are available on YouTube, although the message can be understood no matter what language you speak: the GLA is cool enough to come straight out of the Mushroom Kingdom.

It’s interesting to see Mercedes-Benz straddle the three worlds of: 1) gaming culture, 2) Mario Kart, in particular, and 3) luxury automobile culture, all in a single 30-second ad. Kudos should go to the advertising agency who somehow managed to pull all three together in a single, effective strategy that feels true to each audience.

Keep up with more news that comes out of the Los Angeles Auto Show for Mercedes-Benz by following our blog and various social media accounts.