Autonomous cars and Mercedes-Benz are a lot more closely related than you think. Features like Park Assist, Intelligent Drive, Blind Spot Assist and Lane Keeping Assist feel like incremental novelties when evaluated one-by-one. But consider them together and you actually have a vehicle that’s almost driving on its own entirely. The result is something that Mercedes-Benz USA CEO Steve Cannon sees as relatively simple:

“We already have an intelligent S-Class that can steer itself around curves. It monitors the blind spot, and it nudges you back into traffic. So all the building blocks are there, it’s just a question of time, legislation, and cost.”

Cost is closely related to time: reduce one and you’ll likely reduce the other. Cannon believes that 2025 is the magic number for commercial viability, although his definition of that last term (Is an S-Class commercially viable? E-Class? C?) is key. Still, it is impressive to hear about something that used to be the provenance of science fiction now spoken of casually by an automotive executive.

One reason for that optimism might be the successful launch of the B-Class this week in California. Electric vehicles have been the whipping boy of pundits, critics and analysts for years. Americans were said to be too in love with gasoline to consider the whisper-quiet rolling of an EV’s tires.

Then a little vehicle known as the Chevy Volt came along. Then the Nissan Leaf. Now with two EV’s on the market (the smart fortwo electric drive also debuted in the U.S. this year), Mercedes-Benz is bringing their trademark class to the evolving power lines of the industry.

Another mountain that Mercedes-Benz has traversed has less to do with technology as it does demographics. Millennials, the youngish generation to emerge from the beaches of the Great Recession with 1 trillion dollars in student loans and grim employment prospects, are famously just not that into buying new cars. Cannon’s solution? Price.

“First and foremost you need a vehicle package at a price point that’s relevant. If you want to build bridges to this generation, you have to build a product they can afford.”

That bridge, the CLA-Class, costs a little under $30,000, which is more attainable than many people would expect. It also reflects the expanding bounds of incomes in America: some people are making more, but a lot of people are making less. 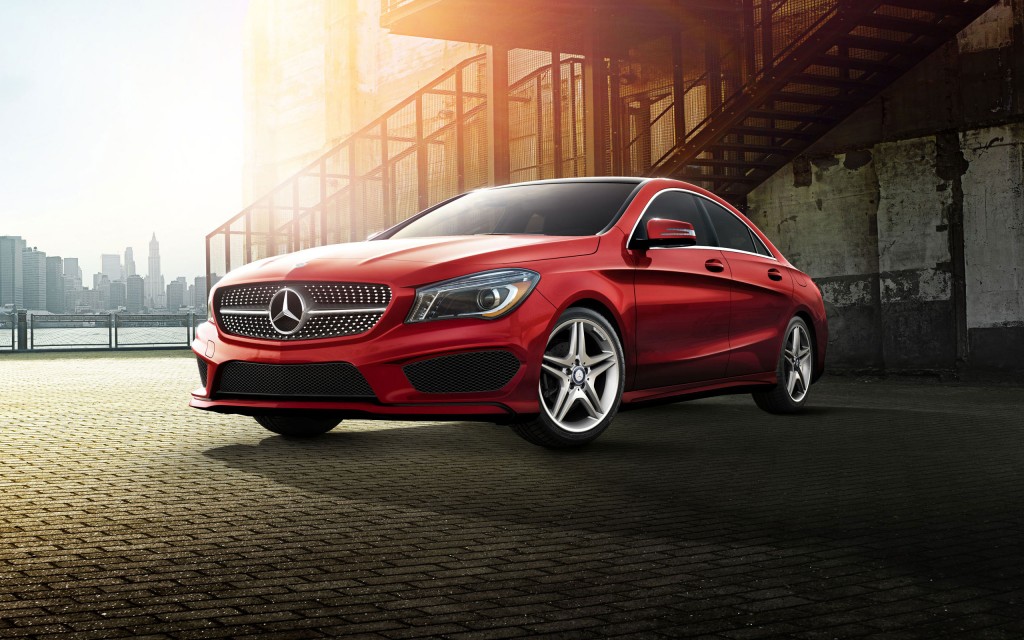 These three ways that Mercedes-Benz is stretching itself—autonomous vehicles, electric vehicles, and Millenial vehicles—exhibit clear attention to this market. We don’t know exactly if or how they will converge, but we are reminded of a quote by another CEO, Steve Jobs:

“Again, you can’t connect the dots looking forward; you can only connect them looking backwards. So you have to trust that the dots will somehow connect in your future. You have to trust in something — your gut, destiny, life, karma, whatever. This approach has never let me down, and it has made all the difference in my life.”